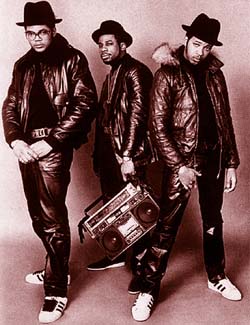 Remember when hip-hop was more about B-boys than bling? When the Rock Steady Crew was winning emcee battles in the South Bronx, and Run and DMC were kings of Queens?

The rap artist of today remember those old-school days, and they're bringing them back, says Jeff Chang, author of a new book, "Can't Stop, Won't Stop: A History of the Hip-Hop Generation."

Whether it's in art galleries, hip downtown boutiques or even the Brooklyn Public Library, 1980s hip-hop is back.

If you need any evidence of old-school influence on fashion, just stop into any of your local streetwear shops, says Emil Wilbekin, the former editor of Vibe and current vice president at Marc Ecko.

"I see the '80s influence in almost every store, from A Bathing Ape to H&M, Macy's, even Barneys," Wilbekin says.

"Back then, everybody used to wear Adidas tracksuits or jeans from Calvin Klein, Jordache, Gloria Vanderbilt or Sergio Valenti," he adds. "They'd crease the jeans and bleach the creases."

If you're looking for your own old-school look, Barneys Co-op, 236 W. 18th St., between Seventh and Eighth avenues, (212) 593-7800, carries many of the '80s designer jeans - often pre-creased and bleached - as well as retro T-shirts with designs by quintessential '80s New York hip-hop artist Jean-Michel Basquiat.

Or check out a Japanese hipster twist on old-school design at A Bathing Ape, SoHo's hottest new contemporary urban streetwear shop, co-owned by Pharrell Williams of the Neptunes, 191 Greene St. between Houston and Prince streets, (212) 925-0222.

Email ThisBlogThis!Share to TwitterShare to FacebookShare to Pinterest
Labels: Macy's 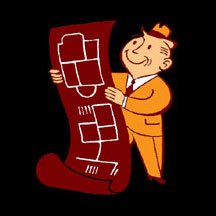